The long-term effects of constant changes to Zambia’s mining tax regime on investment has been “massive”, and has resulted in many mining projects being abandoned or deferred, representing a potential investment value of billions of dollars.

That’s according to Michael Phiri, tax partner at global professional services firm KPMG, speaking during an interview at the company’s Lusaka offices.

“It’s a long-term thing,” says Phiri. “Ten or twenty years down the line, you wake up and realise that your competitors have overtaken you – look at the Democratic Republic of the Congo.”

Despite structural challenges such as political instability, insufficient energy supply and lack of skills, the Democratic Republic of the Congo (DRC) overtook Zambia in 2013 to become Africa’s largest producer of copper, with output of 942 000 tonnes. One of the DRC’s competitive advantages has been a very stable and attractive tax regime, with Mineral Royalty Rates of only 2%.

“When Zambia’s ill-fated 20% Mineral Royalty Tax (MRT) rate was announced in 2014, it had an immediate effect on the investment climate,” says Phiri. “It created a lack of trust and a lack of confidence on the part of investors. Potentially significant mining, expansion and exploration projects were deferred or abandoned. Some exploration companies pulled out of Zambia altogether.”

The adverse reaction by investors came despite the very “real positives” that Zambia has to offer as a mining destination, says Phiri. These include a peaceful political environment, a skilled and literate workforce, other mineral deposits besides copper, a relatively stable economy with no forex restrictions, proximity to major export markets in Asia, and the fact that English is the national language. Moreover, Zambia is a friendly country – you come here, “and you want to stay”.

But that was then; today, the situation is very different, and Phiri is gratified at the new spirit of dialogue and cooperation between government and the mining industry. Felix Mutati’s new position as Minister of Finance is also positive – “a big factor”.

“The current government openness in discussing things with the mining sector is very positive, and there is also a greater commitment to transparency. You couldn’t ask for anything better.”

The sliding-scale MRT regime introduced last year, as well as the reduction in the top rate for mining to 30%, have also been welcome developments. That said, there are still issues that need addressing, such as greater allowances on accelerated depreciation, and the amounts mining companies are allowed to carry forward as losses. Also, tax administration is “not great”, and needs to be made more efficient: there are too many leakages, and VAT refunds are too slow.

“Nevertheless, we will now hopefully have some stability in Zambia’s mining tax, so that companies can plan long-term,” says Phiri.

What about Zambia’s competitiveness as a mining destination relative to other countries – particularly in Africa?

Phiri paints an unflattering picture of Zambia’s mining competitors – particularly the DRC, South Africa, Mozambique and Tanzania – and suggests that there is much room for improvement in all of these countries in terms of their investment attractiveness and mining policies. “From a regional competitiveness point of view, the uncomfortable truth is that other African countries are just as bad.”

Nevertheless, as a new year starts, Phiri is cautiously optimistic about the future of the mining industry from a tax perspective. “We’re looking forward to better administration by the tax authorities, more consistency, and more consultation and transparency – both from government and the mining industry.”

SEE ALSO: Show Me The Money 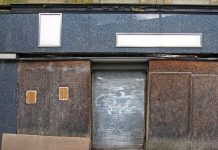 How will businesses big and small recover post-COVID?

How will businesses big and small recover post-COVID?